Infectious Disease, Contagion and the History of Vaccines 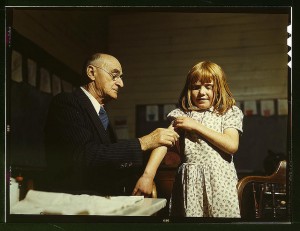 Over at ActiveHistory.ca, Jim Clifford, Erika Dyck and I have co-edited a series of posts on the topic of  “Infectious Disease, Contagion and the History of Vaccines.” This “#InfectiousHistory” theme week – as we dubbed it on Twitter – brought together some of the leading global historians of infectious disease and vaccination in order to provide some much needed context for contemporary debates and news stories that have proliferated following the return of infectious diseases like measles and ebola as major public health threats over the past year.

Below, I’ve included the introductory essay we wrote as part of this series as well as links to all of the different articles. It was a lot of fun to work with Jim and Erika and I think we can all agree that the contributors made the theme week a real success beyond any of our expectations.

Infectious disease, public health and vaccination continue to be major news stories in the early twenty-first century, from SARS in 2002-2003 through to H1N1 in 2009 and more recent concerns about Ebola in Sierra Leone, measles at Disneyland and mumps in the NHL.  In February 2015, popular Canadian magazine Maclean’sexamined the ‘vaccine scandal’, pointing to British Columbia’s ‘bible belt’ where religious communities had resisted vaccination, and where compliance ranged from 70% vaccinated to zero.  In the Fraser Valley, with low rates of vaccination, 2,600 people were infected with measles, ultimately resulting in 182 hospitalizations and one infant death. The article concludes by suggesting that part of the solution to the problem is to look to history.

Historical examples abound with familiar stories of epidemics leading to fear then to blame – with groups typically singled out because of their social class, race, ethnicity, or religion. This would then often lead to public health reactions ranging from quarantine to segregation (or even deportation) and, throughout the twentieth century, to more interventionist measures of inoculation and vaccination.

Whether we examine the bubonic plague in the middle-ages, cholera in the mid-nineteenth century, smallpox in Montreal, typhoid fever in New York City, flu epidemics after the First World War (which claimed the lives of more people than those who died in battle), HIV/AIDS in the 1980s, or SARS in the 2000s, there has always been confusion and resistance to public health interventions. In spite of the elements of suspicion and fear that accompany the history of infectious disease, history has also clearly demonstrated improvements in reducing morbidity and mortality.  Scholars continue to argue over whether those improvements are exclusively the result of medical interventions or the general improvements in the social determinants of health like rising incomes, improved nutrition, and better education – but the general trend is a positive one. Or, at least until now, if we believe the headlines. 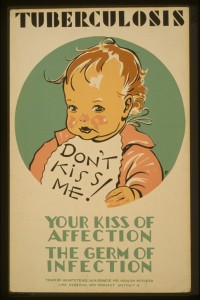 The recent shocking exposés into preventable epidemics, such as the measles outbreak, or the return of smallpox, often reveal two prescient themes.  First, that anti-vaccination campaigns have harnessed the language of individual choice as a core tenet of their justifications for resistance. This language sits comfortably with religious and political views that put faith in God over science, and praise liberty for the individual over collective action and compliance with state programs. Aligning vaccination resistance with ideology has allowed it to sidestep criticisms levelled at it by scientific evidence.

For example, in 1998 TheLancet published a studydemonstrating that the vaccination for measles (MMR) could cause autism. This story ricocheted through the news headlines and bolstered claims by anti-vaccinationists. In 2010 the article was retracted after the editor discovered that the claims had been falsified. By that time, however, the tenor of the debate had already shifted away from using scientific evidence to rationalize a position on vaccination, and had morphed into an ideological position on individual rights, autonomy, and even the commerce of vaccines.  It did not matter that the pseudo-science that had originally supported anti-vaccination was disproved, or that its motivations in the first place were financial.

The second theme in these news stories is the significance of historical inquiry to furnish these debates with meaningful evidence and significant context for appreciating how current policies around both compulsory and voluntary vaccination campaigns came into being. After all, there has long been opposition to vaccines yet, for much of the twentieth century, these campaigns have proven to be – until recently, at least – highly successful. And because historians have the luxury of hindsight for soberly reflecting on how we as a society deal with a crisis situation we can, at least theoretically, disentangle the reactionary moves from the ideological positions, and can ultimately chart change over time as it comes to handling epidemics. Perhaps just as importantly, historians are capable of describing the horrible conditions and health consequences of pre-vaccine eras that are all but erased from modern memory.

This week, we’ve assembled a group of leading historians of medicine from Canada, Britain and the United States to share their perspectives on the history of infectious disease, vaccination programs and anti-vaccination campaigns. We’re very excited by the diversity of perspectives brought to the topic in these posts.They range from wide overviews of the history of infectious disease and vaccines in Canada and Britain through to oral histories of adults who suffered from polio as children. One post considers the role of political cartoons in influencing public opinion on infectious diseases, while another examines the role of pharmaceutical advertising in stimulating fears of infection.

Together these posts, which will run starting with three today and continue through Thursday, help to demonstrate that the history of infectious diseases and vaccination have long been contested domains; arenas that invite political, religious, and cultural debate, often with science and medicine operating on the margins of the more salient concerns over how to balance personal autonomy with public safety.

Jim Clifford is a co-editor of ActiveHistory.ca, Erika Dyck is a Canada Research Chair in the History of Medicine at the University of Saskatchewan and Ian Mosby is a Postdoctoral Fellow with the L.R. Wilson Institute for Canadian History at McMaster University.